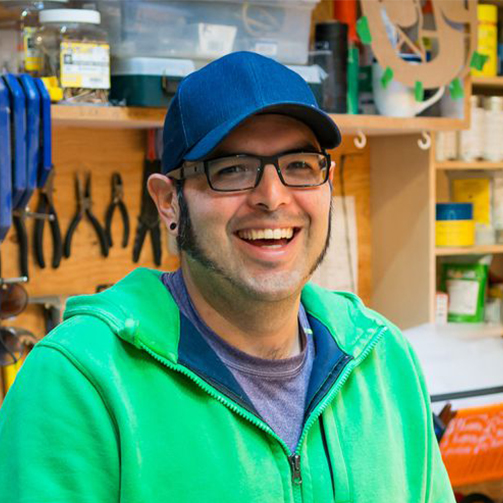 Ben Davidson (1976 – 2020) was a Haida artist who used his traditional knowledge of Haida design to create innovative and unique contemporary pieces which are sought after by discerning collectors around the world. Although he specialized in wood sculptures and jewelry, Ben also created two-dimensional designs and was interested in exploring new techniques.

Ben’s Haida name is tlajang nang kingaas meaning “the one who is known far away.” As the son of internationally renowned Haida artist, Robert Davidson, he was immersed in the Haida art at a very early age. Ben began carving at the age of sixteen, eventually completing a four-year apprenticeship with his father. He has also worked with other artists such as Reg Davidson and John Livingston.

In addition, Ben has demonstrated a strong commitment to the future of Haida art by volunteering his time to work with younger artists. As a member of the traditional Haida dance group, the Rainbow Creek Dancers, his dedication to the revival of Haida culture moved beyond the realm of art. Ben was one of the original members of this group and his experience enabled him to continually explore the symbiotic relationship between the ceremonial and contemporary roles of Haida art. His work has been displayed in various multi-artist shows, public spaces, and his gallery (All About Us) on Haida Gwaii.

For us, Moedhart,  Ben was a heartwarming family person (son; brother; husband; father of four ) and friend. Although he was constantly busy (with his artwork or riding his bike), he always made time for others.

He could regularly be found at charity initiatives and he designed an art piece for a local hospital. Besides all this he still managed to run his business well. We could  really depend on him.

In august of the year 2020 Ben passed over to Spirit World. Leaving us with only memories and his art. We are greatful for knowing him. Thankful for his trust and willingness to share his art here in Europe with us ‘crazy Dutch people’ as he called us. ‘Crazy’, because we travelled the world to meet him (again and again) on his mystical (slightly difficult to reach) island, Haida Gwaii. 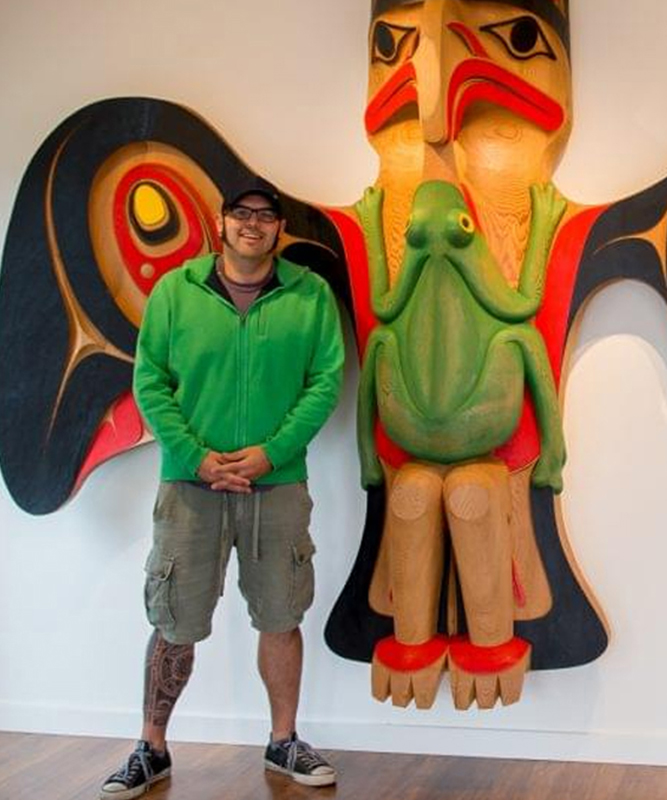