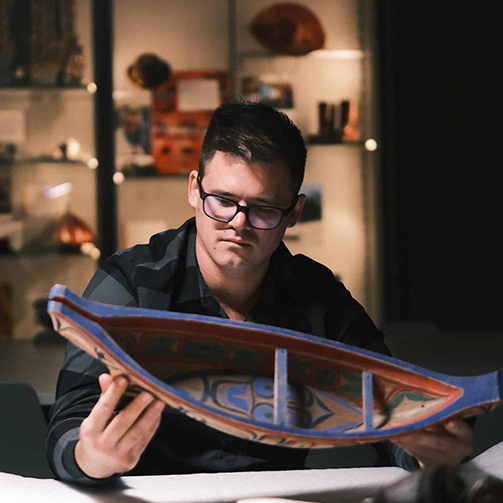 Cole was master carver Beau Dick’s main protégé, before Dick’s untimely passing in 2017. Cole has studied under Wayne Alfred, but finds that his work is also strongly influenced by Marcus Alfred, Bruce Alfred, and Aubrey Johnston.

While Cole works very hard and has many accomplished teachers. His artistic skill comes naturally. Cole is the great grandson of the late Chief John Speck of the Tlowitsis, who was the father of the late Henry Speck Sr.

Cole has a long family heritage with strong cultural and artistic roots. These are heavily reflected in his carvings. He respects his heritage and maintains traditional stories, values, and aesthetics in his art, while also allowing contemporary styles to influence his pieces.

Cole’s natural talent and achievements did not go unnoticed. He was asked to assist Beau Dick in carving the Pat Alfred Memorial pole in 2010 in . And in 2012, Rande Cook selected Cole to help him carve a pole for a Northwest Coast exhibit which was also displayed at the Museum Volkenkunde in Leiden in the Netherlands. In 2013 his work was included in the Bill Reid Gallery’s RezErectexhibition in Vancouver and in 2014 one of his pieces was included in the UBC Museum of Anthropology’s Claiming Spaceexhibition.

He is an rising artist in the Northwest Coast art market and his art is in high demand. Cole differs himself by experimenting with different painting techniques. His life experiences are bound to ensure that Cole will have an outstanding artistic career, which he deserves.

When we see Cole’s work, we only see potential. This always smiling man is rich in stories. Stories from his ancestors, his culture but also from his own life. Cole survived a major car accident that turned his life upside down. Cole has an enormous drive to create and nothing will stand in his way. We can only have the deepest respect for that. 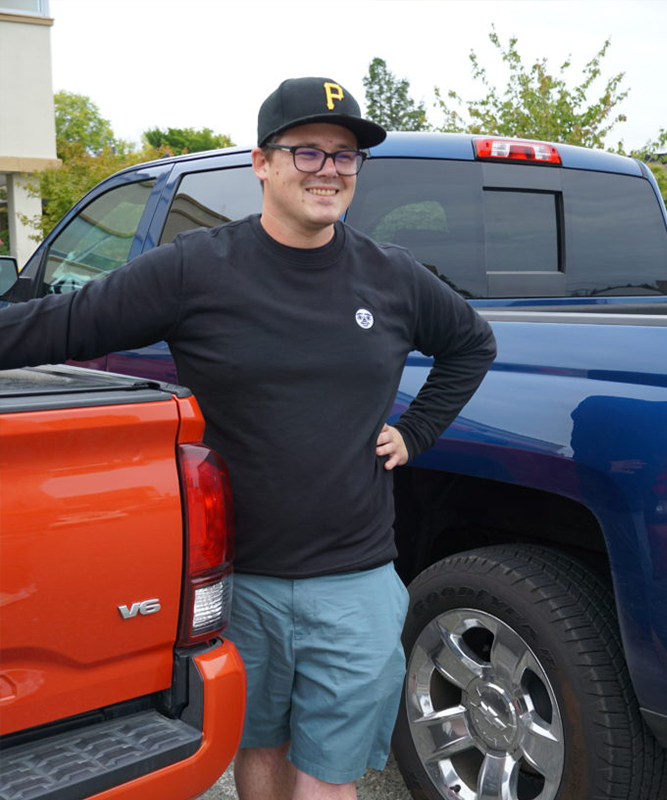