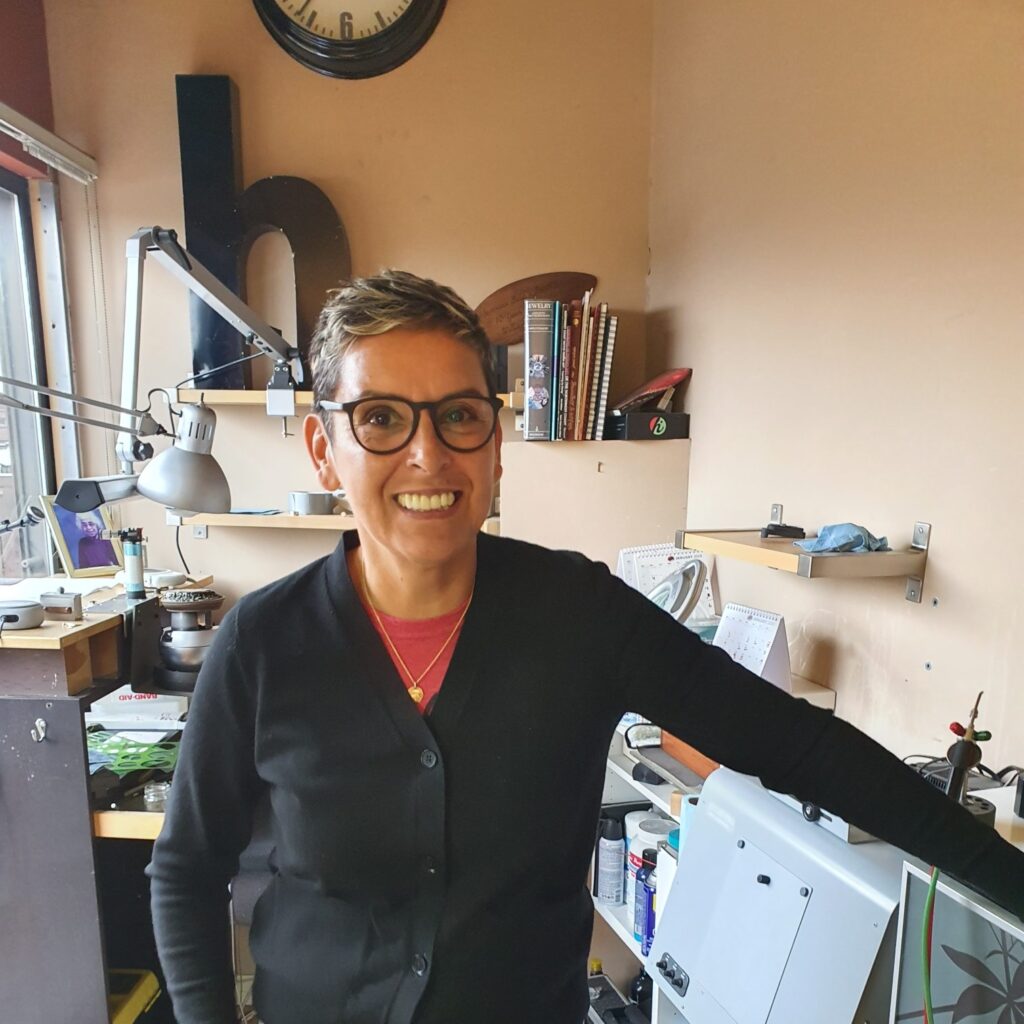 Hollie Bartlett (1963) is a Haisla Nation artist who began crafting jewellery in 1998, following an initial career in photography.

Her journey as a jewellery artist started when she took up an apprenticeship under the guidance of Master Carver Corrine Hunt. During that time, she gained knowledge in gold and silver smithery, stone setting, casting and overlay, as well as in the art of Kwakuitl engraving.

A beautiful characteristic of Hollie’s work is her ability to blend traditional themes with modern design, while her jewellery truly displays her mastery of the craft: including detailed carved motifs, fine hatching and stone insets.

In early 2020, Hollie’s jewellery received worldwide attention when her 18-carat gold whale tail pendant was presented to Meghan Markle during a charity visit to Vancouver. Hollie donated the piece – which is one of her favourites – through a local non-profit organization, honouring the Indigenous custom of welcoming special guests with a gift.

We met Hollie on one of our trips to British Columbia. Not only did we fall for her work and distinct style, we were also touched by Hollie’s infectious energy. We are deeply grateful that she has chosen to collaborate with us. 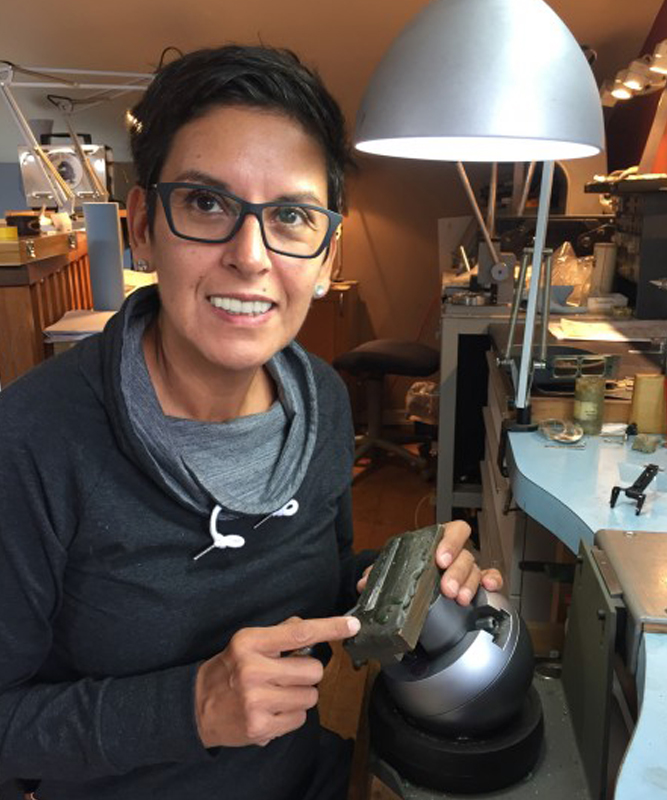