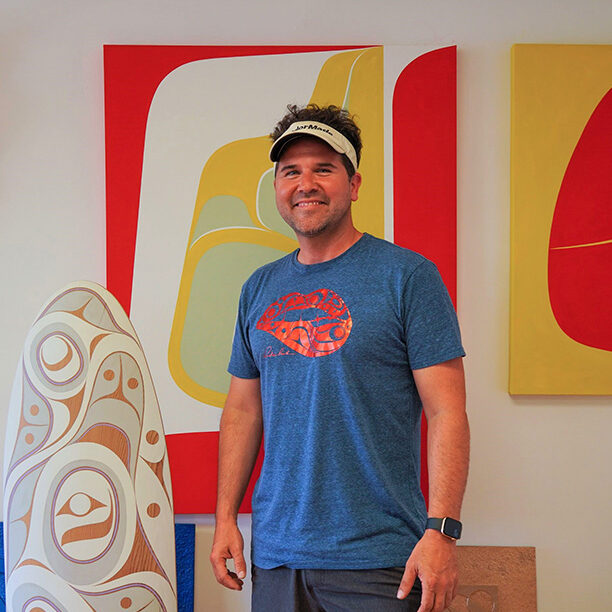 Rande Cook (1977) is a Kwakwaka’wakw multimedia artist born in culture-rich Alert Bay, B.C, Canada. Alert Bay is a small fishing village on the northern tip of Vancouver Island.  Surrounded by the beauty of the land and Art, Rande found his passion for artistic creativity at an early age.

He started to study the Northwest Coast Art under several master craftsmen to learn traditional jewellery and carving techniques including master carvers John Livingston and Robert Davidson. Thanks to the guidance of his mentors, Rande has deep appreciation of the vast variations and styles of artistic expression present in the artwork of coastal artists.

The cultural heritage of Rande lies in the Namgis, Maamtagila, and Mamalilikala tribes. While growing up, Rande observed and discussed the traditional Art forms of his Kwakwaka’wakw forefathers with his grandparents Gus and Florance Matilpi. With the strong teachings from his grandparents about culture and the sacred ceremonies of the Pot- latch world, Rande became an accomplished singer and dancer, and learned the values of life and culture that prepared him to be a strong leader for his people. Rande is  honored to carry  two (inherited) chieftainships: the Hamatam/Seagull; and the Gigalgam from the ancient ancestor Kwanusila/Thunderbird. (The story of these symbolism can be seen on the 27-foot totem pole he was commissioned to carve for the Museum Volkenkunde in the Netherlands in 2012.) With his chieftainship he is gifted the name Makwala, which means Moon.

In 1991, Rande moved to Victoria (B.C) to attend high school and college. When he moved to Victoria Rande exchanged his island life for a city life, with new challenges and influences. Living in Victoria he was exposed to a wide range of Art-forms and practices from the Western tradition.

Traveling the world has also contributed to his broadening his perspectives and bolstered his desire to push the boundaries of traditional works. With his unique accumulation of heritage, knowledge and experience, Rande continually pushes boundaries to create beautiful and provocative works that challenge audiences to reconsider the role of traditional techniques for contemporary Art-making.

You may say Rande is educated well in a broad sence. He learned a lot from his mentors and traveled the world. Throughout his life, Rande has been a mentor to others as well. (For example in 2015 and 2016 Rande held the Audain Professorship of Contemporary Art Practice of the Pacific Northwest with the Visual Arts department at the University of Victoria.)

Rande works in several mediums, including wood carving, printmaking, and silver jewelry. He credits his daughter as his most important influence. Rande’s work is also influenced by his concerns about  nature and especially the pollution of the oceans. 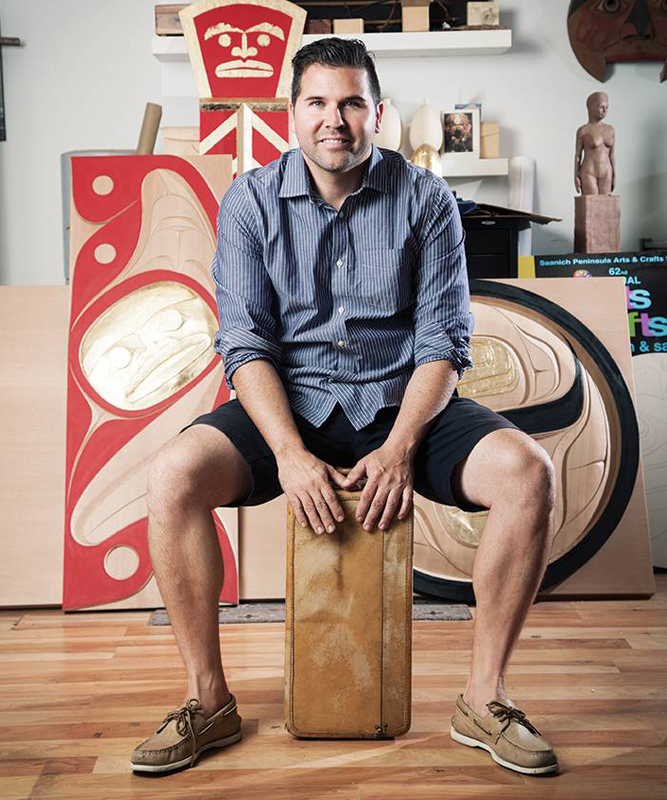