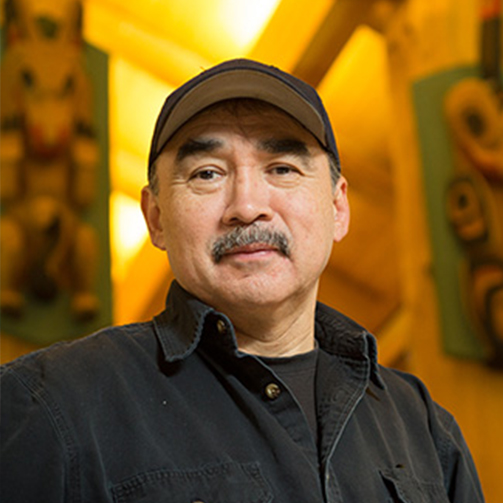 Stan Bevan (b. 1961) is an established Northwest Coast Artist recognized for his superbly innovative design and his impeccable attention to detail.

The nephew of acclaimed Tahltan-Tlingit master carver Dempsey Bob, Stan was born to a Tahltan-Tlingit mother and Tsimshian father. He began his training as an artist at the Gitanmaax School of Northwest Coast Indian Art at ‘Ksan in Hazelton, BC in 1979, after which he completed a two year apprenticeship with Dempsey Bob. Stan subsequently provided Dempsey with assistance on a number of major commissions in the years following, including a 31-foot pole in Ketchikan, Alaska and a 12-foot house post in Saxman Village. By 1987, Stan had a strong grounding in art and culture, having contributed to numerous commissions, educational projects, and ceremonies. He created a totem pole for the University of British Columbia First Nations House of Learning, and in 1992, he completed a totem pole that represented Canada at Expo ’92 in Seville, Spain (later raised at the Kitselas Cultural Centre). Today, Stan’s carvings can be found in major public, private, and corporate collections. He is credited with bringing about a revival of Tlingit art and design. He currently is a Coordinator/Instructor at the Freda Diesing School of Northwest Coast Art in Terrace, BC.

“Art has been a way of life for myself from  teaching to creating totem poles.  I’ve always strived to understand the fundamentals through studying past masters.  Since I’ve started, the art has gone through many changes, the challenge is to continue to reinvent yourself and stay true to your believe in the journey. Transformation is achieved by study, travel, teaching and producing a lot of work. I look forward to continuing new directions in the art.”
Stan Bevan

Stan won the BC Achievement Award 2021 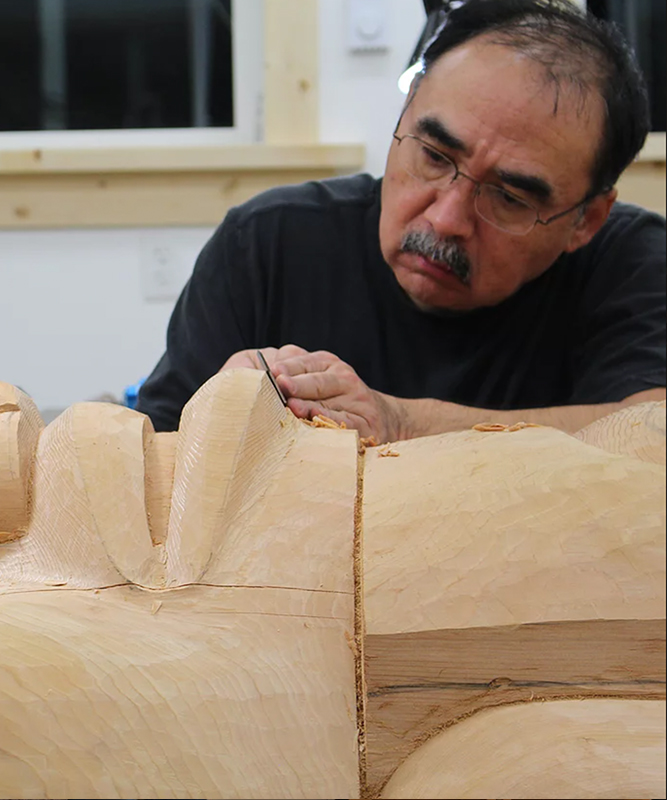