The Owl symbol of Wisdom, Omens, Vision of the night.

“I heard The Owl call my name – the book was the seed which set into motion the flow of creativity resulting in my rendition, The Owl. I had the desire to design an Owl and so began to think of owls that I had seen and experiences that I had concerning owls. My memory took me back to my teen years in Hazelton…
I actually did capture that owl as he stopped, with head low, tail high and feathers fluffed. It was his ‘Owl Dance’ he did for me.” – Roy Henry Vickers, June 2016.

No bird has as much myth and mystery surrounding it than Owl. Part of this mystical aura is due to the fact that the bird is nocturnal and the night time has always seemed mysterious to humans. Owl is a symbol of the feminine, Moon and Night. Due to it’s association with Moon it has ties to fertility and seduction. Owl is The bird of magic and darkness of prophecy and wisdom. Owl can warn you difficult times are ahead. Owl is a reminder to take care with your actions, to think of the future and to love your family.

Owl can be identified in Pacific Northwest Coast First Nations art by their large forward-facing eyes and ear-holes, a small curved beak and a flat face.

Roy Henry Vickers (1946) is an accomplished First Nations artist raised at the northwest coast of British Columbia, Canada. Roy is a past president of the Northwest Coast Indians Artist’s Guild. He is currently living in Hazelton, Canada, BC.  Roy was raised in Kitkatla, Hazelton and Victoria. 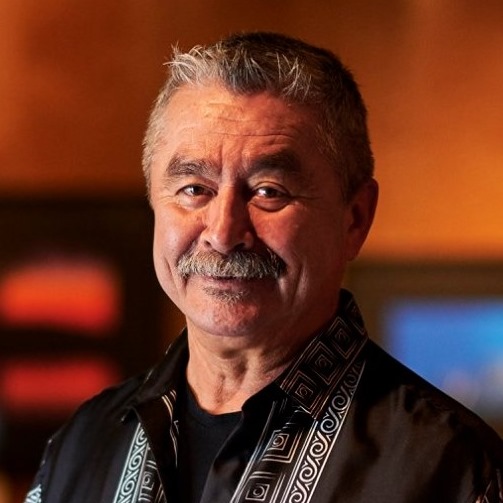